Minnie and BowWow Talk about Christmas 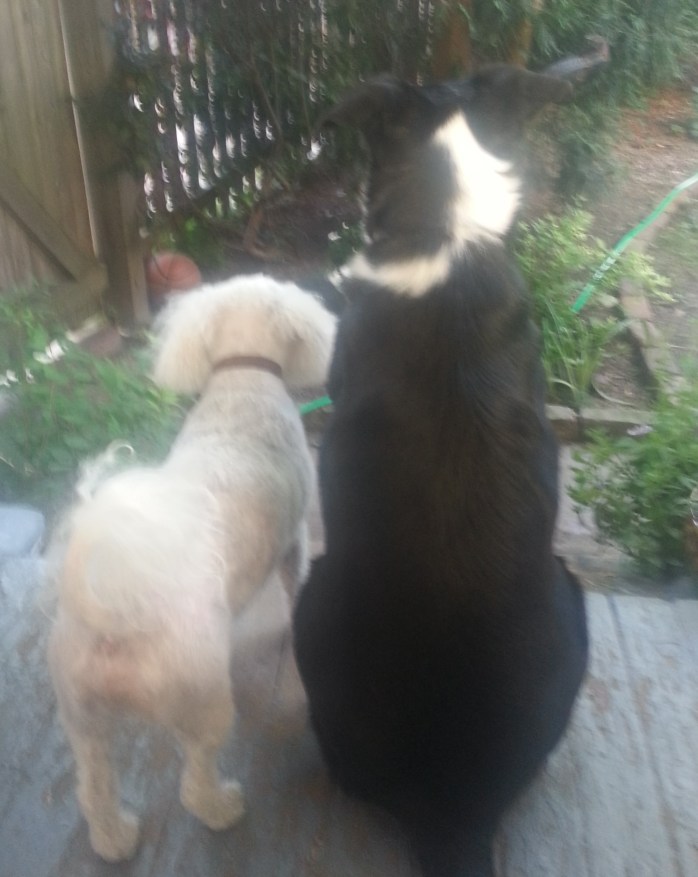 BowWow: We’re not getting shit for Christmas.

Minnie: How do you know? There are a lot of bags from Target up in her office.

BowWow: That doesn’t mean a damn thing. She always has bags from Target. Did you sniff up there?

Minnie: No, I try not to be constantly sniffing. A. It takes the surprise out of things. And B. It’s just uncouth.

BowWow: Uncouth? I see it as part of our job to protect the security of the house. You know, make sure there’s nothing or nobody untoward, as you would put it.

Minnie: Most of the stuff that’s untoward, as you would put it, comes into the house on the TV, more specifically CNN. How many times did they replay that piece about the Donald man saying that Hillary got schlonged by Obama.?

Minnie: What? Since when do you talk about gender inequality? Who are you trying to impress? It can’t be me. I know what you lick when no one’s looking.

Minnie: Oh, brother. Anyway, so what is it you want for Christmas, BowWow? What would make you happy?

BowWow: I’d like something that would bring out my inner talents.

Minnie: What inner talents? All of your talents are just hanging out there. That’s pretty much your talent. That, and your advanced whining to get lifted up on the couch.

BowWow: I want to be a better dog. I’m looking for self-improvement opportunities. For instance, I’m trying not to swear so fucking much.

Minnie: Maybe you could write Santa a letter. Tell him what a great dog you’ve been. Try your outrageous ‘be a better dog’ gambit on old S.C. Maybe he’ll bring you a piano.

BowWow: We have a piano. I love the piano. Under the piano is one of my favorite places to, you know……well, I’m not going to be uncouth….you know what I mean.

← Blogging: It’s My Thing
The Blessing of Christmas Misery →

3 Comments on “Minnie and BowWow Talk about Christmas”