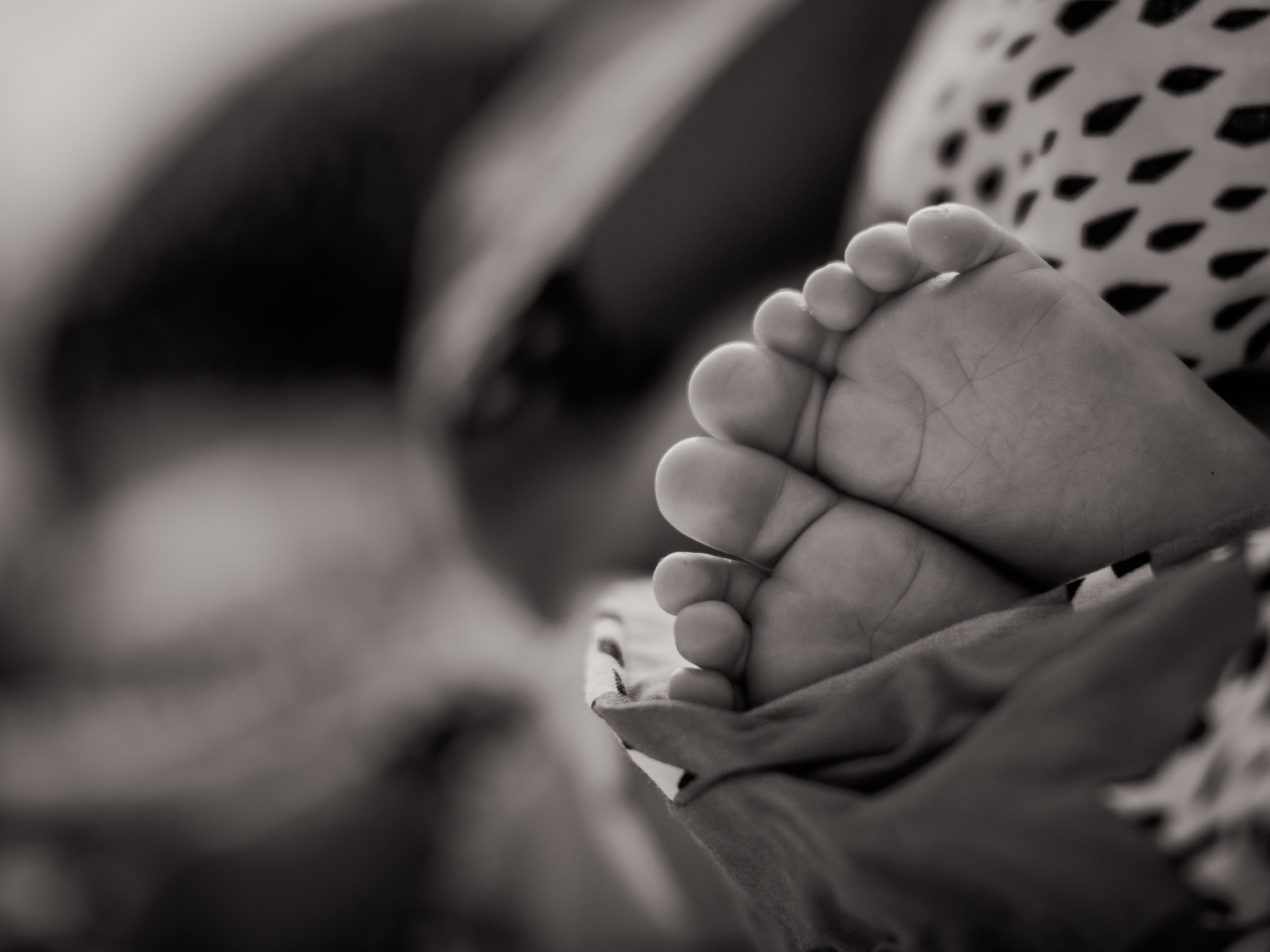 Orphan babies don’t cry. No one told me that so I thought he was happy.

It unnerved me. I was used to babies squirming, wanting things, crying. I had taken pictures of my daughter’s full-throated infant cries so I’d never forget how her tiny beautiful mouth bloomed into red anger. Her crying drove me out of the house to sit on the front porch more than once. Oh, I knew about crying babies. I’d suffered with a crying baby for months and months. But this new baby, this baby coming into our family from faraway Nicaragua, this baby didn’t cry. He didn’t make a sound.

His name was Nelson Bravo. It was the name his mother gave him so we kept it, tacking our last name on the end. He was 21 months old, weighed 17 pounds, leggy and thin like a stork, with an enormous belly like he’d swallowed a balloon that wouldn’t burst. He couldn’t stand or speak. He could hold on, though. He knew how to hold on.

Getting him had been both swift and difficult. In three months, we went from mourning infertility to completing an adoption home study to making travel arrangements to a country that was in the middle of a proxy war with the United States. The Sandinista government of Nicaragua had banned foreign adoptions except for children who would die without First World medical care. The weak, gray-faced baby Nelson fell in that category.

His mother had left him in a hospital in Managua. She had come every day to see him and then she stopped. One day, she didn’t return. The theory was she had decided that she couldn’t take care of him and that the best thing to do was to leave him in the care of the hospital. She might have known they’d take him to an orphanage, maybe not. The authorities put Nelson’s picture in the local newspaper. The notice asked any relatives to step forward to claim him.  We were told this although we never saw the picture. All we knew was that no one ever came to claim him. He was unclaimed. He became a 12-month old orphan.

I thought a lot about his mother leaving him, what he thought about that, how he felt. Did he remember her face, dream about her? He had to have been frantic with wanting her when she didn’t come back. He must have cried and cried, become red and sweaty, exhausted himself. Such a little boy losing his mother, he had to have been so afraid. I could see him in my mind’s eye, crying, his tiny, thin arms outstretched, the nurses stopping at his crib now and then to soothe him but hurrying off to care for the other babies. He was one of so many.

I wondered how many days it took for him to stop crying.

It didn’t bother me right away that our new son never cried. I thought it was because he felt safe with us and our lavishing him with food and songs. On our stroller walks around the neighborhood, I fed him a constant stream of graham crackers. When he was done with one, he would reach out his hand for another. He never fussed and he never said “cracker.” He never said anything.

The silence was sweet for a while but then I started to worry about it. Was he mute? Was he grieving? Did he miss his mother? How big a hole had her departure left? Was he so damaged I couldn’t repair him? Would he let me be his mother? I thought about these things on my own, only now and then wondering out loud if Nelson’s not talking was a problem. My husband wasn’t worried about any of it. “He’ll talk when he has something to say,” he joked, adding that he was probably pretty happy with the service he was getting. “He’s got no complaints.”

Surgery to repair his heart defect happened a few months after he came, after he’d gained enough weight and gotten his heart pumping better with medication. He could stand and walk on his own and no longer looked like a child on a refugee poster. He was a little, healthy boy when they wheeled him into the operating room, still and sleeping with a white sheet tucked under his chin. His heart defect would be easily fixed, the surgeon said, and he could go on and live his life. “Grow up like every other kid” is what he said though it seemed a stretch to think that Nelson could be like any other kid given his hard start. Can a person ever get over being abandoned, no matter how good the reason?

We were ushered into the recovery room after his operation. Now his little body seemed frail. He was gray again, a sliver of a boy, so flimsy that one might wonder how his papery skin could hold the stitches.  We sat on either side of him, stroking his arms, worried about him even though the nurse told us how well he was doing. “He did a great job,” she said, as if he’d straightened his room or mowed the lawn. It was a call to be proud of him and we were.

After many minutes, Nelson Bravo opened his eyes and turned his head to me. Through the pale green oxygen mask, his face crumpled in fear. He broke his silence with the faintest cry, no louder than the mewling of a newborn kitten. He was an infant again in that moment, defenseless and alone until he looked at me with such incredible wanting and said, “Ma.” It was our start.