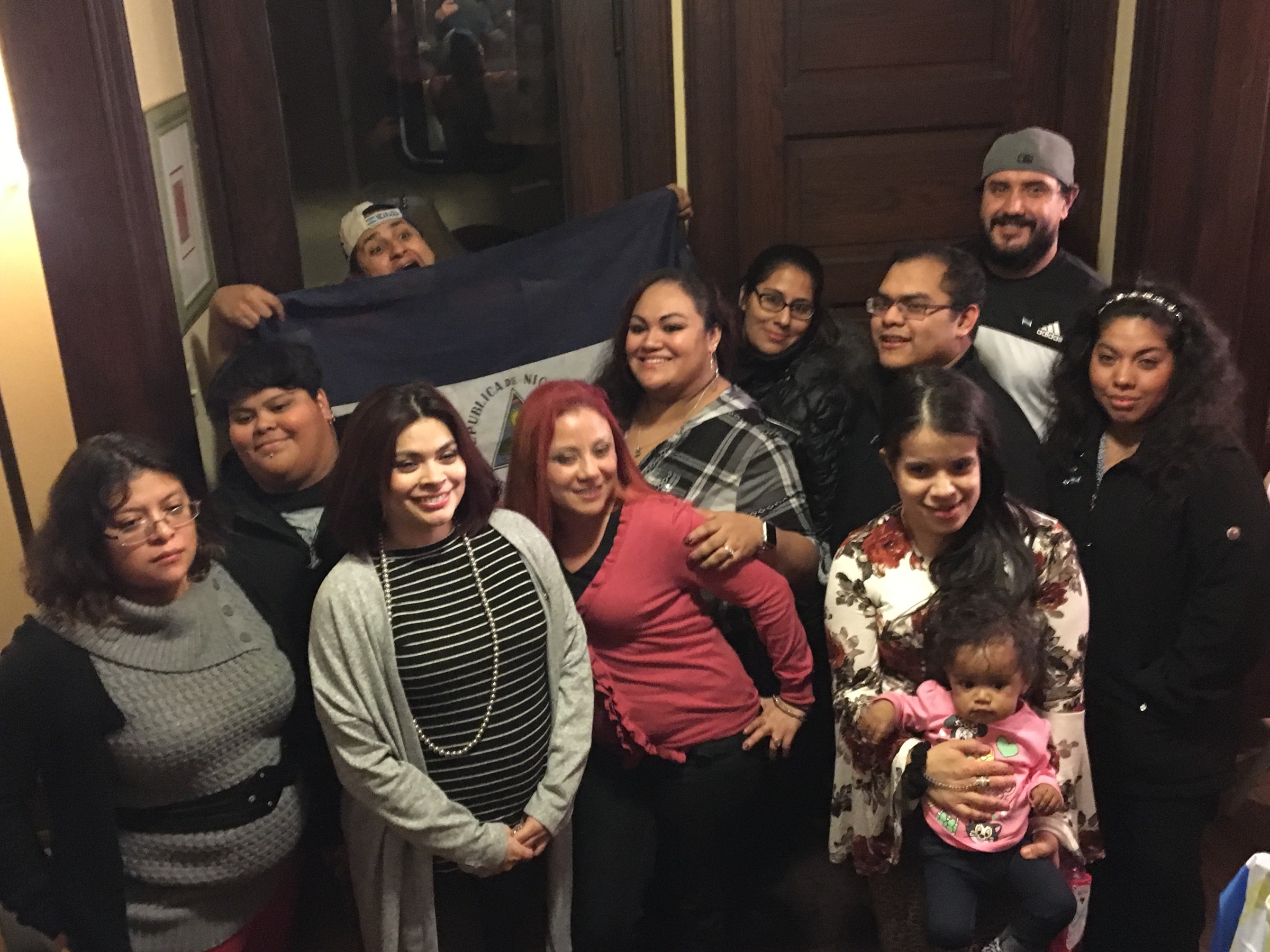 So we’ve been having the same party every year since 1988. It’s the kind of party where I wear an apron the entire time and have a dish towel slung over my shoulder like I’m busing tables at the Holiday Inn Express. “Are you finished with those waffles? Let me take your plate.”

Our Three Kings celebration started in 1988 when our older son was three years old. His birthday falls on the Epiphany – January 6th. But there’s more to it than that. That son and his brother and later their sister are part of a group of more than thirty children who were adopted from the same orphanage in Nicaragua and grew up in families living in Milwaukee. So every year, we have this party. We have a big potluck, we sing We Three Kings, and we fill the kids’ shoes (whatever ones we have at the moment) with candy and little toys. The party is wild and loud and always ends up with tamale wrappers under the couch.

Last night’s high points included the chilling alert that our that-day-groomed-with-a-bow Bichon, BowWow, had taken it upon himself to pee on the dining room rug in front of a row of spectators, a few of them on their phones but nonetheless, potentially spectating. It was a pee too deep for the rug to absorb, so deep there was a current, waves, perhaps a tide had there been a suitable moon. It was a little sea of pee right below a table overflowing with the signature dishes of a dozen cooks, very near the cheesy rice as I recall.

Anyway, I had to blot it with half a role of paper towels. And then soak a dish towel (not the one on my shoulder, a clean one) in vinegar and warm water and then get down on my hands and knees and scrub the vast spot while, yes, my guests still sat in a row, a few of them on their phones but nonetheless, potentially spectating. It is important to have no pride when a hostess, I told myself. Whatever makes my guests feel more comfortable (and not have the ocean of pee lap up on their shoes), that is what I will do. Then I put a rug on top of the enormous stigmata which BowWow then made his home for the rest of the evening. Did I mention that BowWow was wearing a sweater? A turtleneck.

But then there was this, the original point of our Three Kings celebration. This boy’s birthday. It used to be that he was little and his cake was big, now it’s the other way around. He is big and his cake is tiny. Bless the passage of time.

← Friday Round-Up: The First Week of My New Life
Reboot →