My friend and I took a giant puppet to a demonstration.

The man who made the huge caricature of our governor, Scott Walker, supervised loading it into my truck. We tried loading the puppet head first but the top of the truck cover threatened to dent the governor’s very fragile forehead. 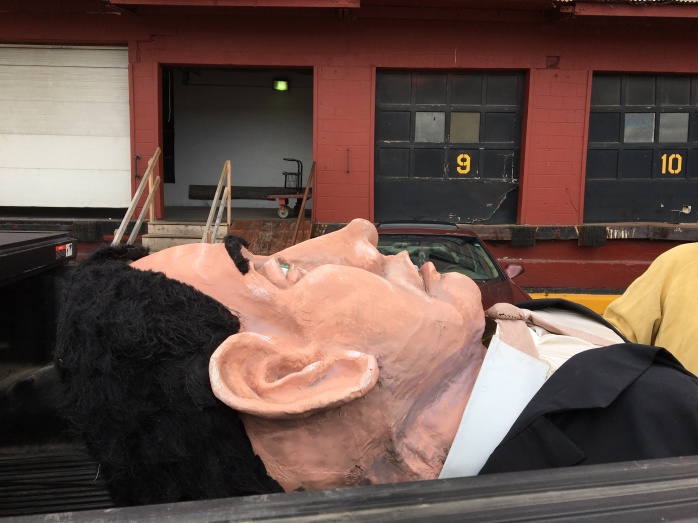 So we turned him around, sat him up a bit, and leaned his head on the rim of the truck. He looked like he should have had a pillow under his head but we didn’t have one. We did wrap a bungee cord around his neck, just under the very neat Windsor knot of his tie, and hook it on either side of the truck.

I worried he could be decapitated if jostled just right so I resolved to drive through town with my flashers on and keep a close eye on how he was doing back there. 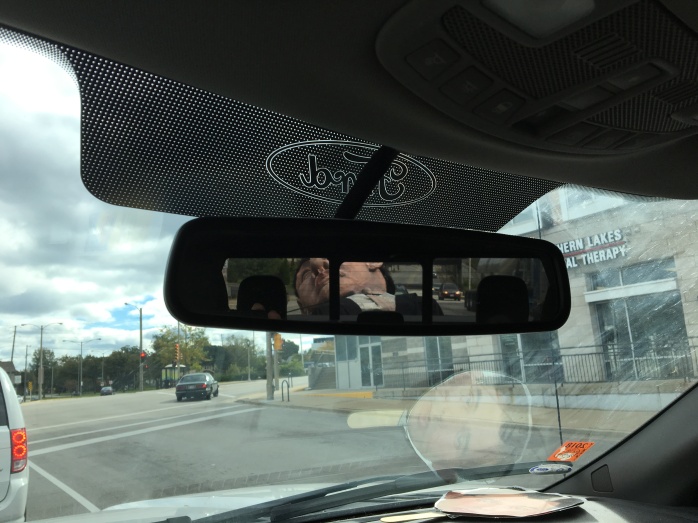 It surprised me that people on the street didn’t make more of a fuss about seeing a giant fake governor’s head passing by. They acted like it was nothing special, just another big head.

We set up on a busy corner in downtown Milwaukee. Because it takes three people to handle the puppet, one inside and one for each arm, we decided instead to give the governor a seat in a portable Packer chair. This gave him a regal air as you can see.

The demonstration was lovely and hilarious. The governor kept silent, though, through it all, steeling himself, I imagine, for the ride home.