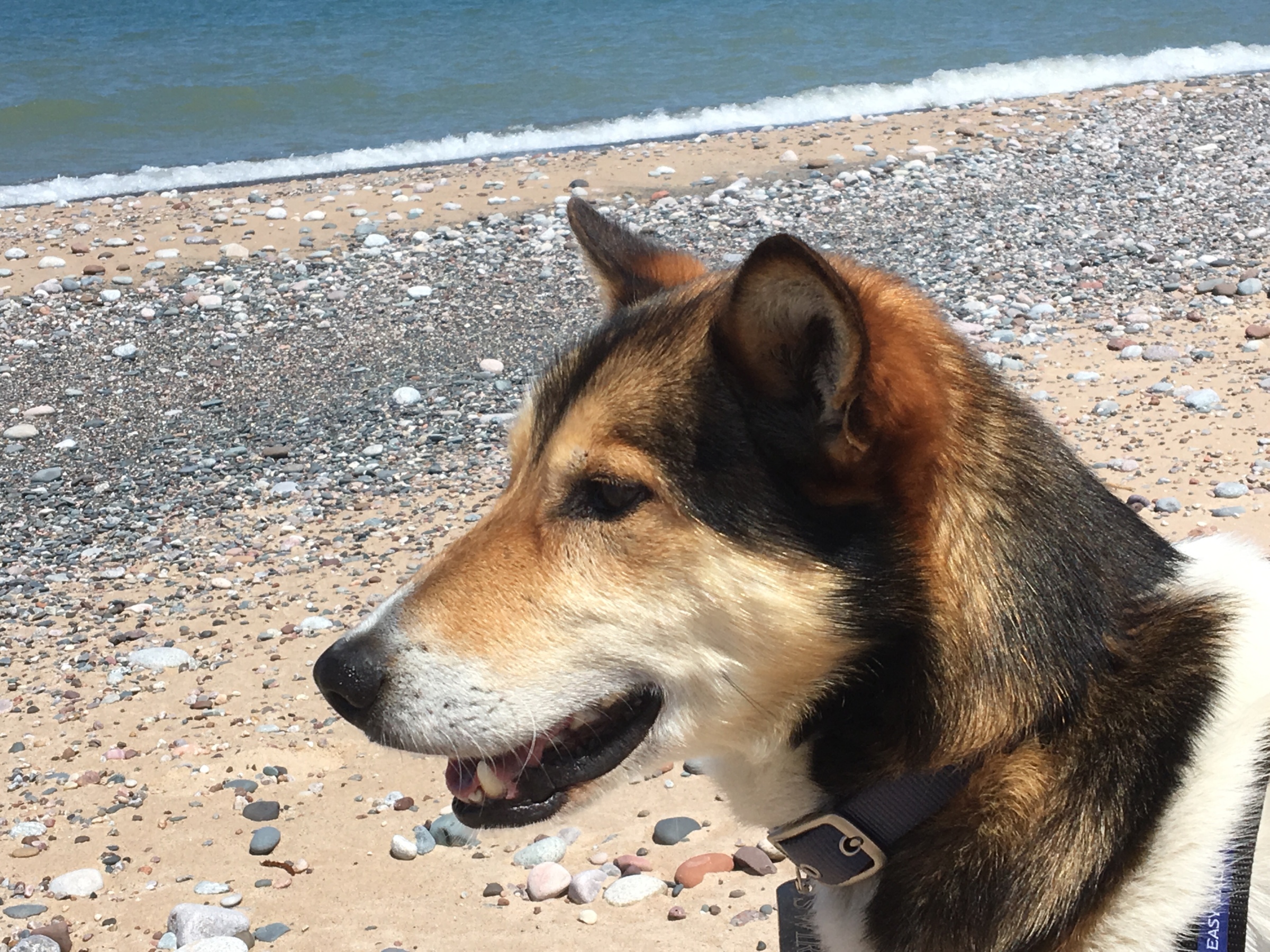 “Wait a year until you let him off leash. Wait until he really knows you’re his people.”

So said Tasha, the owner of the sled dog kennel where we adopted our big beautiful sled dog, Swirl.

He follows us through the house, looks back at us when we’re walking sometimes, not very often, comes when he’s called at the dog park his own way which is running toward us and then past to let us know he heard us but wants nothing to do with us, a lot like our kids when they were teenagers, never really taking off but never under control either.

We spent the weekend at our cabin on Lake Superior. There we were with the sand and the lake and the bluest sky, the one that only exists up there in the north, and we ached to let him go. Watch him lope along, no leash, no harness.

But we did what Tasha said. She hasn’t been wrong so far, we figured. She was the expert on all things dog.

Later in the day, coming up the driveway to our place, we saw a red fox leaping high in the beach grass, flying across our property like a swooping eagle. It was breathtaking. For us and for Swirl and had he not been at the end of a leash I was holding he would have torn after the fox and gone wherever the fox decided to go.

6 Comments on “Love is Patient”